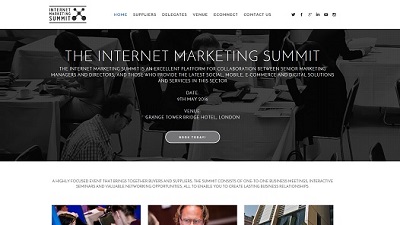 The new design has been carefully planned to create a smoother journey to enable partners to better understand Forum’s unique Summit concept.

In 2015, originally consisting of an annual Summit, the brand has since incorporated eConnect – a twice monthly newsletter providing readers with current and informative industry knowledge.

Head of Marketing Katie Houghton comments: ‘The Internet Marketing microsite is just one of 22 new microsites we will be launching over the next few months. It forms part of a wider strategy here at Forum Events to better inform our partners new and existing of the niche events we run across multiple different industries. It will provide a streamlined solution to understand the event, find out more information and to book on easily and seamlessly.’

The Internet Marketing Summit has seen incredible growth and will now benefit from a platform whereby new and existing partners can keep ahead of the game with industry news, book to attend the Summit online and benefit from targeted advertising opportunities which are built in to our overall partner packages.

The next summit is being held on the 9th May 2016 at the Grange Tower Bridge Hotel, London. Click here to find out more. 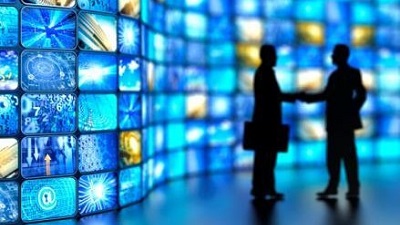 Why ‘brand me’ means integrated marketing campaigns are the future

The rise of personalisation is no secret; in fact, back in 2013, an article in marketing magazine was questioning how far the trend could go – the question remains and the answer is always the same: further than we ever expect.

For too long, marketing has been split between digital and traditional media, and though the most successful marketing campaigns now function in both spheres, the continuing march of technology and rise of the IoT (internet of things) is likely to force this practice to the fore regardless of how ready marketing departments or agencies are to accept it.

This is not to say that those who excel in one area are somehow underperforming or not offering the right service, just that it is necessary for the industry as a whole to consider how changes in consumer behaviour and interaction with brands will affect them, and how they can future proof themselves by diversifying, breaking down silos or forming partnerships.

The increasing importance of ‘brand me’ to the future of marketing cannot be overstated – especially with the coming IoT revolution, the progress of on-demand media, customisable news feeds and mobile prevalence pushing consumers toward app based interactions. The future of marketing will naturally follow consumers into these apps, into their customised, personalised media consumption and this means that there will naturally be a blurring of the lines between traditional and digital media and mediums of branding.

In this regard, both sections have a lot to offer the other – while traditional media marketing has been utilising the campaign model for decades, attempting to become a part of a zeitgeist (soft-drink, alcohol and sportswear brands being prime examples) through both sales and non-sales oriented promotion, digital media is a relative newcomer to the concept (though viral-marketing and earned media are making great progress), whereas digital media is more proficient in real-time marketing and making use of the incredible amount of granular data available to them.

As television events increasingly become an online phenomenon (think the release of new, whole seasons of Netflix and Amazon Prime series), as apps begin to deliver personalised content to consumers without recourse to intermediary sites, there will need to be a blending of approaches to marketing in the future, taking the best of both worlds to create marketing practice that adds values to brands while delivering to consumers in an increasingly personalised world.