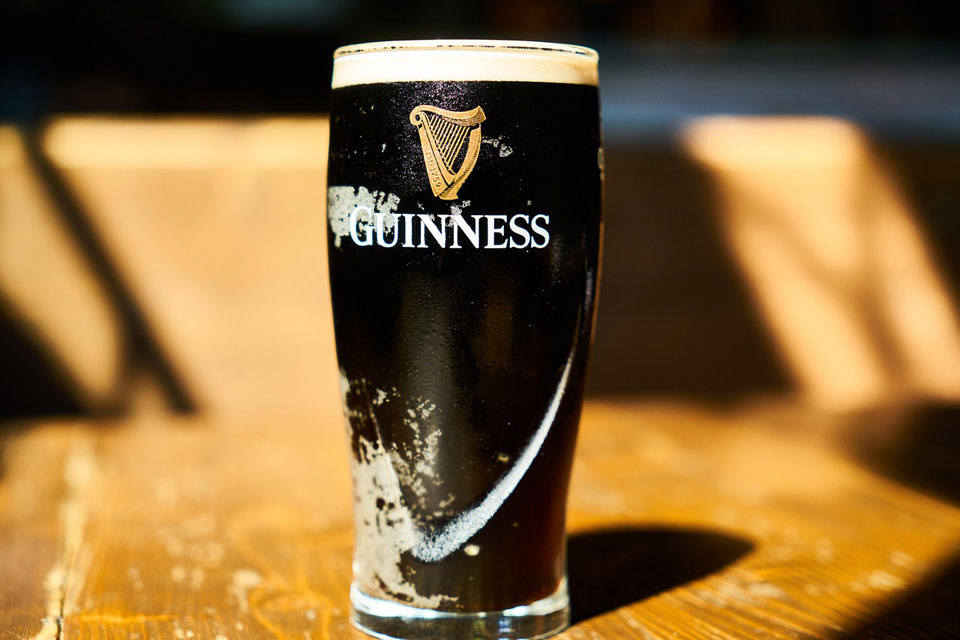 It’s easy to get carried away with our stereotypes and assume we know which countries love specific products.

We would rightfully expect sales of Yorkshire Tea to be high in the UK and Volkswagen to be the leading car manufacturer in Germany.

However, there are many global shopping trends that come as quite the surprise. Because many companies have grown to the status of global brands, their popularity has surged around every corner of the world.

What’s more, your favourite brands such as Kit-Kat sometimes completely alter their products to appeal to a whole new country of potential consumers.

Nearly 40% of Guinness is consumed somewhere in Africa

Despite the association we have between Guinness and Ireland, the drink’s homeland is surprisingly not its biggest consumer. In fact, Guinness is more popular in Nigeria which is the beverage’s second largest market. Most people associate this popular drink with cozy Irish pubs or rowdy St. Patrick’s Day celebrations. This all seems completely at odds with its hype in so many African countries.

A potential cause for this anomaly is that Africa is actually home to three of the world’s five Guinness breweries, with Guinness-loving-Nigeria taking pride in one of them. This explains the love of the drink over the African continent but, despite this, the UK still retains the top spot for Guinness consumption (with Ireland coming in a disappointing third place)

Japan has over 80 different flavors of Kit-Kat

One brand that has gained a massive following overseas is Nestle’s Kit-Kat. Over in Japan, this tasty chocolate bar is adored and hugely popular. In fact, Japan is so obsessed with this snack that they currently sell it in over 80 different flavours! You’re familiar with the Kit-Kat chunky, dark chocolate and white chocolate, right? But have you ever tried flavours such as soybean, Earl Gray tea, Camembert cheese, baked potato and cucumber? I thought not!

Some of these flavour options definitely sound more appealing than others, how many would you dare to try?

China is the new biggest market for Jaguar Land Rover

British brands like Land Rover are constantly growing their customer reach. Despite these cars perhaps being most associated with rural England, China has recently become one of their new biggest markets and their demand in Asia is every growing.

One possible reason for this is that many Land Rover models such as the Land Rover Discovery Sport and the Range Rover Evoque have been manufactured in China since the early 2000s. This increasing rate of manufacture has been reflected in the growing Chinese market.

India is the country that drinks the most whiskey

What do you associate most with whiskey? Perhaps you think of remote Scottish distilleries or the famous Edinburgh whiskey tours. Scotland is definitely the country that you’d assume loved this drink the most, but they have been pipped at the post by a surprising rival: India.

Since 2015, studies have told us that India consumes nearly a half of the world’s supply of whiskey. To put it another way, that’s almost 1,600,000,000 liters of whiskey each year!

Of course, India’s vast population gives it a certain edge in this competition. When it comes instead to whiskey consumption per capita, France takes home the trophy. On average, the French are known to drink more than two liters per person per year.

Mexico is the biggest consumer of Coke

Although Coca-Cola is a brand that embodies everything American, the USA is astonishingly not actually its biggest market. To find the biggest consumers of Coca-Cola you have to look a bit further south, down to Mexico.

The Mexican market for Coke products is immense, with the impressive consumption of 728 per capita! This massively outweighs even America who are the runners up at 402. No other country even comes close to these Coca-Cola fanatics. Of course, this is including all coke products rather than just their iconic eponymous beverage. When a company makes over 3,500 beverages, then it’s bound to up its number of consumers.

From drinks, to chocolate, to car brands, global businesses are making colossal waves in unexpected places. It is also clear that some brands are going the extra mile to mix-up their products to suit these new audiences, in weird and wonderful ways!

Image by engin akyurt from Pixabay