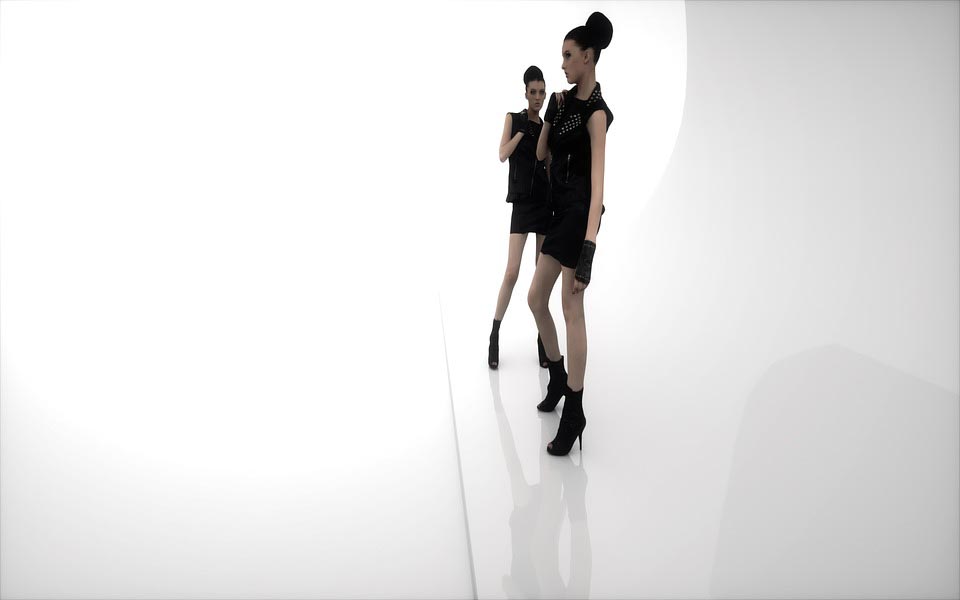 The Advertising Standards Authority (ASA) has proposed new rules cracking down on ads that are seen to present activities only appropriate for one gender or another, ads that ‘body shame’ young women and those that mock people for not conforming to gender stereotypes.

The ASA’s proposal are outlined in a new report – ‘Depictions, Perceptions and Harm’ – that was conducted between the watchdog and research firm GfK. In particular, the ASA is looking to address the portrayal of women in ads, following a major crackdown on airbrushing which has seen the banning of beauty ads featuring top models and actresses including Julia Roberts, Cara Delevingne and Natalie Portman.

Ads that feature models who look unhealthily thin will also be banned, along with new clarification regarding ads that objectify or inappropriately sexualise women and girls.

The Committee of Advertising Practice (CAP) will develop new standards on ads which the ASA will administer and enforce in 2018.

The ASA has clarified that a blanket ban wouldn’t be implemented – men doing DIY jobs and women cleaning are acceptable – but versions of these kind of ads would come under scrutiny, such as “family members creating a mess while a woman is seen having the sole responsibility cleaning it up”.

“Our review shows that specific forms of gender stereotypes in ads can contribute to harm for adults and children,” said Ella Smillie, lead author of the report.

“Such portrayals can limit how people see themselves, how others see them, and limit the life decisions they take. Tougher standards in the areas we’ve identified will address harms and ensure that modern society is better represented.” 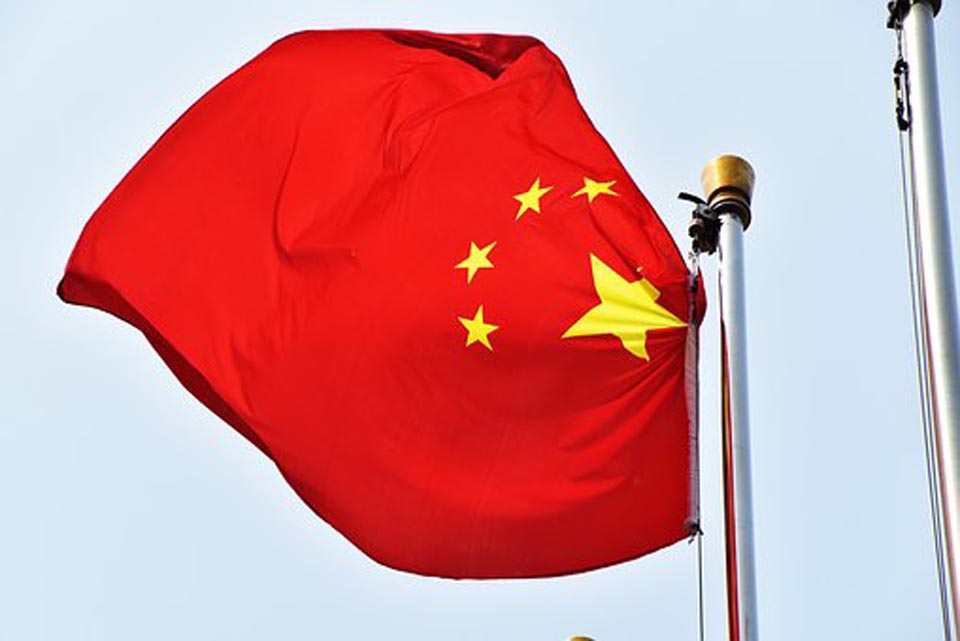 The Cloud Sword Alliance has announced that it plans to further collaborate between the Chinese government and businesses, working closely with Alibaba’s Big Data Anti-Counterfeiting Alliance, using big data and technology to combat counterfeiting rings.

Operation Cloud Sword was originally set up by Alibaba in 2016 to help the ecommerce giant and authorities protect brands from IP infringes.

“This is the first public communiqué between governments and enterprises at such scale [in China],” said Jessie Zheng, Alibaba’s chief platform governance officer.

“We will continue our promise to increase our investment in brand protection and do our best to unite all parties. Alibaba is not alone in our brand-protection efforts.”

Alibaba also announced the addition of eight more governments, growing from five members to 13, which the group hopes will eventually include the entire country.

Alibaba founder and chair Jack Ma called for Chinese legislators to impose heaver penalties on counterfeiters earlier in 2017, with the company claiming in a public appeal that China’s ambiguous counterfeiting laws were stopping authorities from building strong legal cases against counterfeiters.

We help our clients have better and more cost-effective conversations with their customers, across print and digital channels.

We achieve this by harnessing the best possible people, technology and tools for each project. Our strengths include:

We have over 120 people across three offices across the UK (Edinburgh, London & Cheltenham). We work across sectors, with particular specialisms in financial services and charity.

For example, we’ve been working with Lloyds Banking Group and British Heart Foundation each for over 10 years, continually improving their processes and direct marketing results. 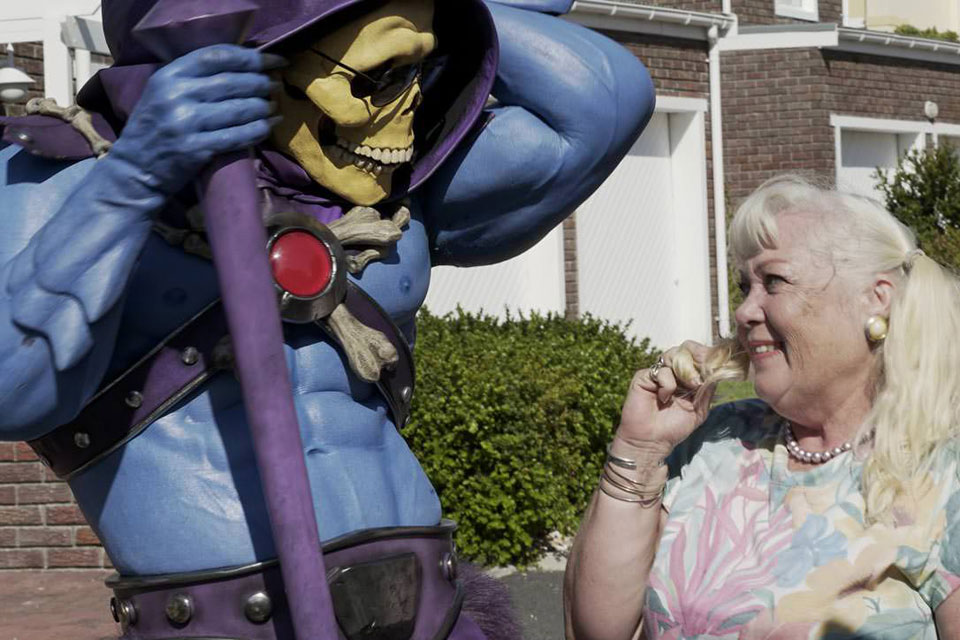 The Information Commissioner’s Office (ICO) has fined moneysupermarket.com £80,000 for sending emails to customers who had previously opted out from the service.

The content of the email was regarding updating of terms and conditions, sent to over 7.1 million people in a 10 day period in 2016. UK law states that asking people to consent to future marketing messages once they have already opted out is illegal.

“Organisations can’t get around the law by sending direct marketing dressed up as legitimate updates,” commented Steve Eckersley, ICO head of enforcement.

“When people opt out of direct marketing, organisations must stop sending it, no questions asked, until such time as the consumer gives their consent. They don’t get a chance to persuade people to change their minds.

“Emails sent by companies to consumers under the guise of ‘customer service’, checking or seeking their consent, is a circumvention of the rules and is unacceptable. We will continue to take action against that choose to ignore the rules.”

The ICO is a UK independent authority created to uphold information rights in the public interest. 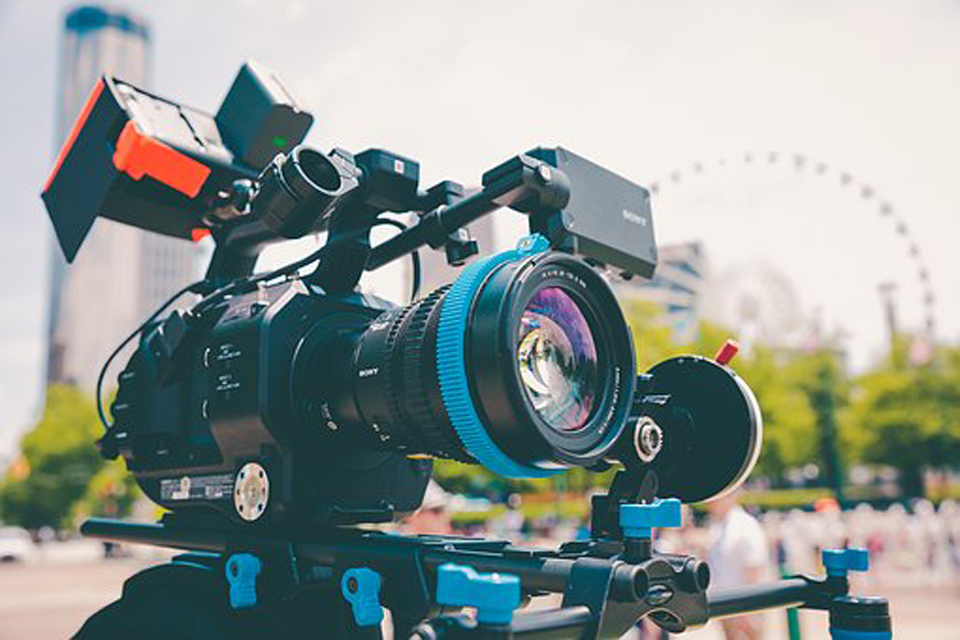 Short videos not always the best for engagement

However, the findings by TwentyThree show that while 80% of the videos produced and shared on social media are under five minutes long, they actually account for less than a third of video engagement.

The study found that videos over 15 minutes in length accounted for 50% of all engagement recorded – but are only 8% of all video content produced.

The study also revealed that click-through rates increase by 62% when a video is laced in the thumbnail of an email campaign.

The study was based on feedback from  300 marketing teams, 1.5 million videos, 1.7 billion impressions and 650 million video plays. 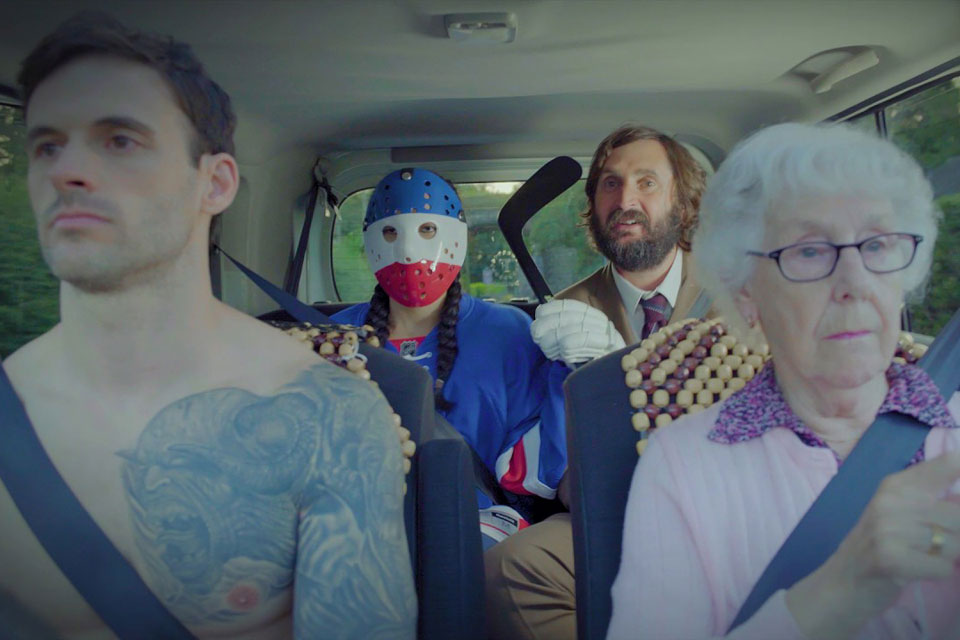 Garmin has teamed up with surrealist comedian Joe Wilkinson to promote its new GPS in a short movie that finds the comic travelling the country to find the UK’s largest Scotch Egg.

A dedicated microsite hosts the full four-minute movie, with a shorter cut due to be delivered to social networking platforms over the com ing days.

Speaking with The Drum, Wilkinson said: “For some reason Garmin paid for me and my idiot half brother to visit the UK’s biggest scotch egg. It took us 14 hours to drive there and they filmed the whole trip. Even though the whole thing was a debacle, they still hope that it will encourage people to get out and about more… stranger things have happened?”

Discussing the campaign and choice of Wilkinson, Jon Oliver, Garmin UK managing director, said: “We believe Joe’s witty and wry edge will help cut through what at times is seen as a pretty dry and mature market. We wanted to challenge ourselves to produce content unlike anything we’ve ever made before to stand out and show that not only do we make great products but Garmin also has a personality to appeal to new and existing audiences, from young drivers to working families and beyond.

“Through our content, which we will create in collaboration with Joe, we hope to encourage people to explore what the UK and Ireland has to offer, using our products to both guide them safely to locations and then make the most of their experiences once they’ve arrived.”

A second video between Garmin and Wilkinson is due to be filmed later in the year.

Watch the movie here or below: 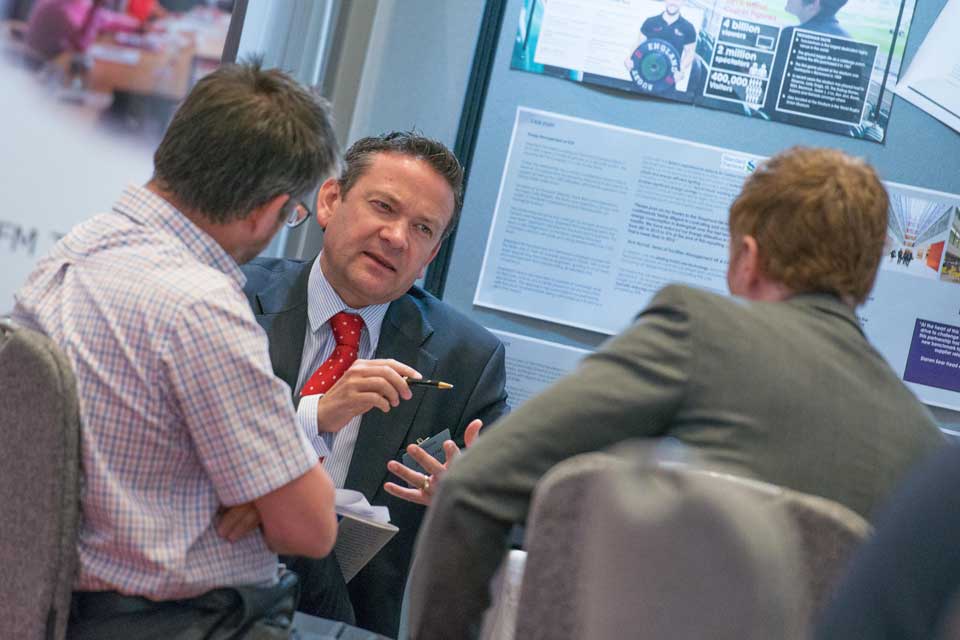 Don’t forget to register today to attend the Print & Digital Innovations Summit, which is taking place on November 23rd 2017 at the Intercontinental London – The O2.

The event is a unique opportunity for you to meet with print solution providers who will help you grow your business and trim your budgets.

And best of all, attendance is completely FREE for senior print and marketing industry professionals.

You’ll be matched for a series of face-to-face meetings only with companies who fit your requirements, so absolutely no time is wasted.

Among the solution providers attending the Print & Digital Innovations Summit are:

For further information on this year’s Summit and to register, Kerry Naumburger on 01992 374099 or email k.naumburger@forumevents.co.uk. 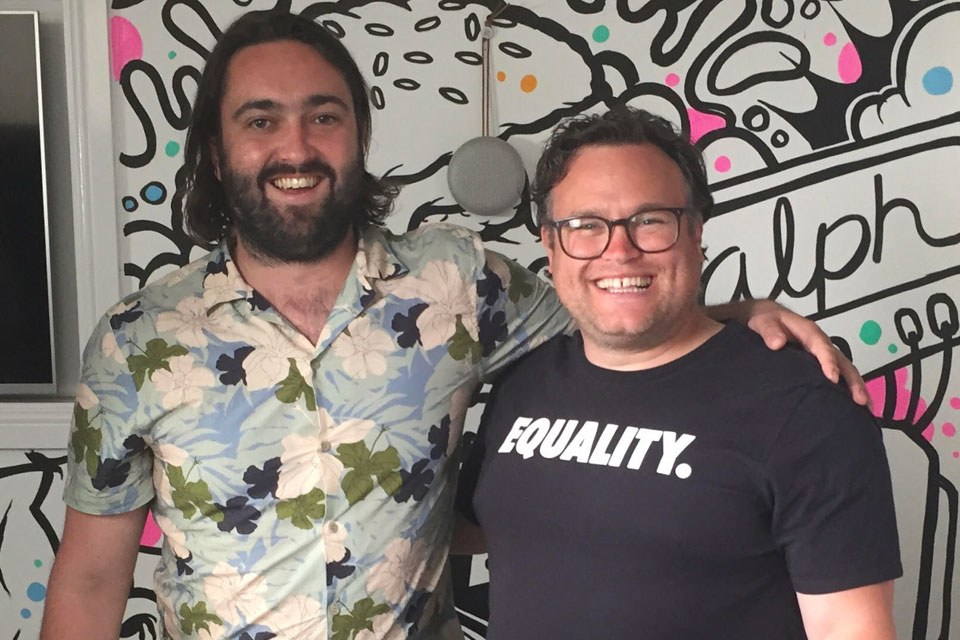 Brand experience agency Ralph Creative and Kuju, a full service Virtual Reality (VR) and Augmented Reality (AR) content specialist, have teamed up to offer a one-stop-shop for creating groundbreaking VR and AR experiences across any platform.

The announcement follows their earlier co-production of a music remix experience for Grammy Award winning duo The Chainsmokers and Sony Music. The experience, for the single Paris, was unveiled at SXSW in Austin to great applause.

“We are thrilled to be announcing this partnership today,” said Kuju’s Head of Studios Brynley Gibson. “When Ralph first approached us about a collaboration on The Chainsmokers’ VR experience it seemed a great fit: our interactive entertainment background in music and VR, alongside their impressive expertise in brands. We found in Ralph kindred spirits with a passion for creating cool innovative projects and we’re looking forward to showing the world what we will come up with next.”

Chris Hassell, Founder of Ralph added: “Working with Kuju is hugely exciting. We knew we wanted to find a partner that had true game development experience but never thought we’d find someone with such a pedigree, with many years of VR experience across many platforms. Based on the success and positive feedback of Paris.VR on the PlayStation Store, we are looking forward to having a lot of fun and doing more groundbreaking work with them in the future for new and existing clients.” 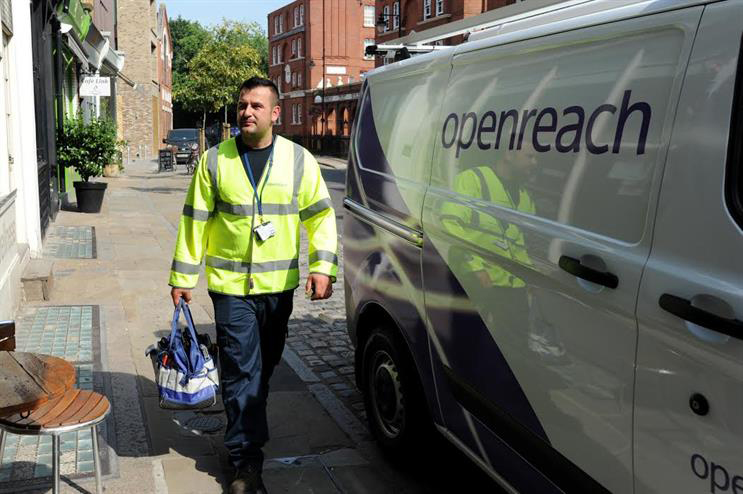 Openreach has ditched the BT logo from its marketing identity as part of an agreement with Ofcom.

It comes as part of a bid to work independently from the BT Group, following the regulator’s Digital Communications Review in March 2017.

By dropping the BT branding Openreach believes that it will be treating all partners equally, including Sky, Vodafone and TalkTalk – along with BT.

Work to update the brand begins this month and continues through to April 2021, and includes new signage on over 22,000 company vans, websites, apps, stationery and workwear.

“The re-brand is also an opportunity to restate what Openreach stands for and how we want to work going forward. Openreach is all about our people and our network,” commented Clive Selley, chief executive, Openreach.

Selley concluded: “We’re demonstrating our independence, to customers and industry, in other ways too. For example, we’re changing the way we do business with our customers: we now have a confidential phase to our consultations which allows communications providers to talk about their business strategies privately with Openreach.” 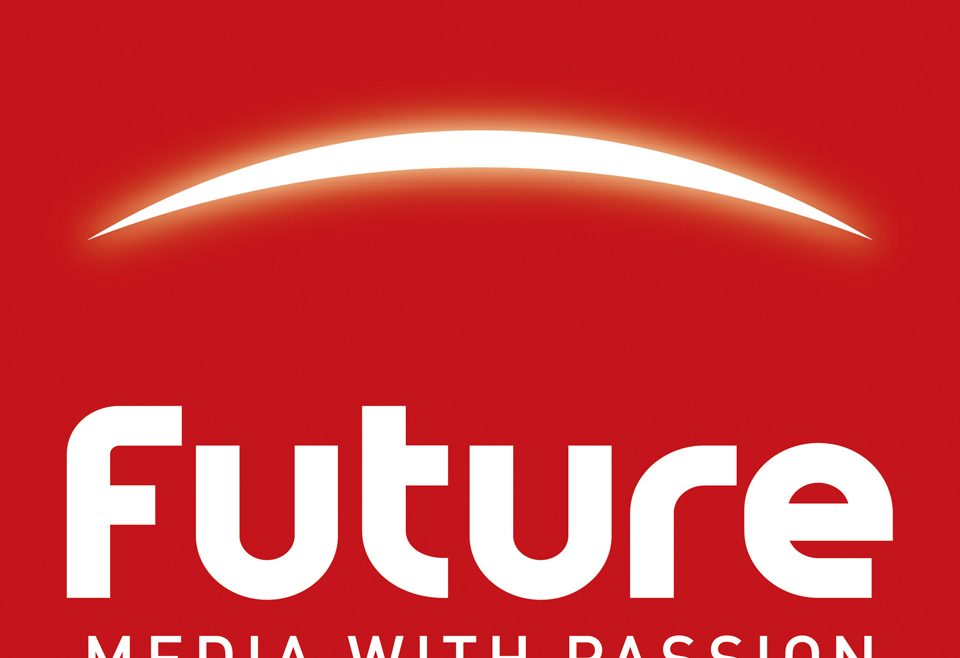 The publishing company currently produces over 50 magazines each month in various markets, including video games, music, technology and photography.

Speaking about the acquisition, Zillah Byng-Thorne, CEO of Future, commented: “Centaur’s Home Interest division will significantly add to our scale and momentum, while further diversifying our revenue streams, as we continue to build a global platform business for specialist media with data at its heart.

“The Home Interest division brings a strong management team and market leading access to an attractive new vertical with clear growth potential. Home Interest’s brands, market position, industry leading events and quality content are a strong fit and will further reinforce our position as a trusted destination for consumers and for our customers.

“We have a track record in profitably integrating acquisitions and we expect the acquisition of Centaur’s Home Interest division to be materially earnings enhancing in the first full year of ownership.”