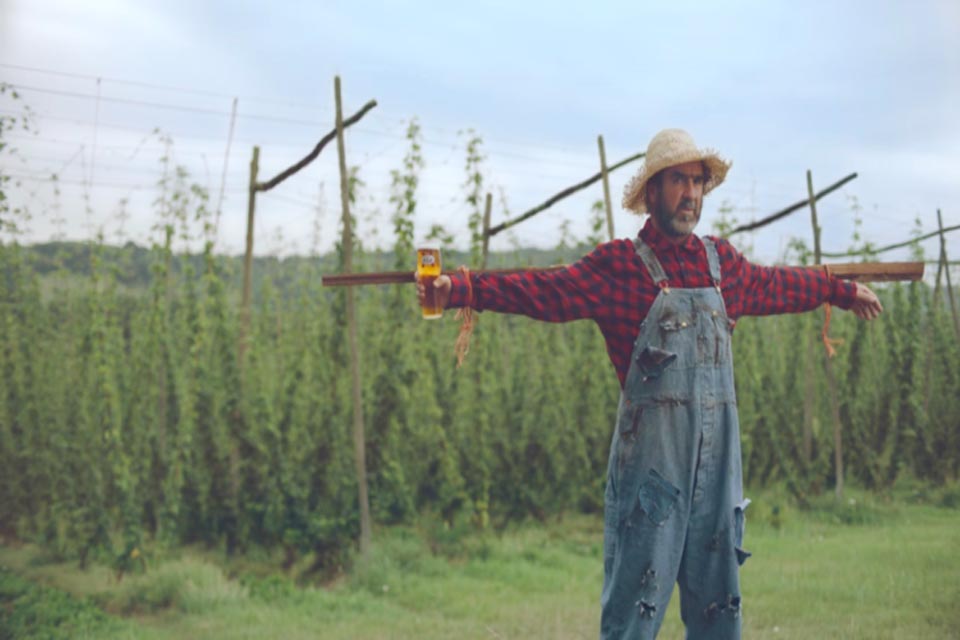 French ex-footballing legend, Eric Cantona has swapped his boots for a straw hat in a series of social shorts for Kronenbourg 1664.

Cantona, who is a brand ambassador for the beer brand, plays the part of a scarecrow for Kronenbourg’s ‘Le Scarecrow Suprême’ campaign.

The films, devised by NewYork-based advertising and marketing agency Ogilvy & Mather, will be published across Facebook and YouTube, and will also be available to watch on a bespoke branded Amazon page, which Kronenbourg claims to be one of the very first brands to utilise this partnership with the etailer.

Cantona’s scarecrow impression has already achieved success, winning Kronenbourg 1664 the title of Creative Work of the Week at global media platform The Drum.

Speaking about the series of shorts, Ifeoma Dozie, beer brand director at brand owner Heineken, said: “For the last six years, Monsieur Cantona has been bringing to life the eccentricities of the Alsace region, where we grow our wonderful Strisslespalt hops. This is probably his biggest role to date.

“As Scarecrow Cantona we will see a series of films in which Cantona delivers his inimitable style to the role.”